The History of Brick

At Del Prete Masonry, we’re proud to continue the historic tradition of masonry, a craft that extends thousands of years into our past, with a history as storied and fascinating as the chronicle of any nation. Today, we’re looking backwards into the history behind one of the most crucial and powerful items of our trade: the humble brick. 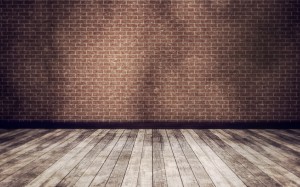 As far as historians can tell, the earliest discovered bricks date as far back as 7500 BC. These early bricks were dried, which means that they were made out of clay-laden dirt and mud, then dried under sunlight until they were hearty enough to be used in construction. The oldest known bricks hail from a part of the planet that is now Syria. Other discoveries, which date as far back as 7000 BC, include bricks from the ancient city of Jericho and the Egyptian fortress of Buhen which ran along the west bank of the Nile River.

As early as 2000 BC, bricks were certainly being used in Chinese architecture. Scientists and scholars have even established that the Chinese were already mass-producing bricks roughly 300 years ago during the Western Zhou dynasty. In 1368 AD, under the Ming Dynasty, bricks were already being fired in kilns. To make these bricks clay and water were mixed together, then trampled over by oxen who beat it into a paste. The paste was then lain in wood frames and smoothed with a wiry bow. The bricks were then stamped with the brickmaster’s insignia and loaded into a wood-fueled kiln and removed while the kiln was still burning.

The Ancient Greek and Roman civilizations also used fired bricks. The Romans designed and perfected the use of mobile, cart-bound kilns and constructed massive brick buildings and structures all over their empire bearing the seal of the Roman legion. The middle ages saw brickmaking finally make its way to northern Europe and was popular in places without native rocks suitable for construction. Some of these buildings still stand today in Denmark, Germany, Russia, and Poland. This kind of brickmaking and architecture would eventually transform into the style that became popularized during the Italian Renaissance.

At Del Prete, We Know Where We’re Coming From

We recognize the importance of history and our professionals know everything about brick masonry, from practical skills to historical facts. For other questions regarding brick masonry, feel free to contact Delprete Mansonry. Our brick masonry professionals have the experience and history of satisfied clients to prove that we’ll get the job done right, and cost-effectively. To get started with your brick masonry project, please contact our office today at 410-683-0650 or email us at mike@delpretemasonry.com. We serve Baltimore City, County, Harford County, Carroll County, Anne Arundel County, and Howard County.

This entry was posted on Friday, January 16th, 2015 at and is filed under Blog, Brick, Brick . You can follow any responses to this entry through the RSS 2.0 feed. Both comments and pings are currently closed.